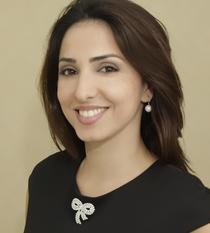 Hala Khayat is the Head of Sales at Christie's Middle East. She has a BA in Fine Arts & Visual Communications from the University of Damascus, Syria and an MA in Design Studies from Central St Martin's College of Art & Design, London. She has held a variety of roles in the world of art and journalism, including working as an Art Consultant for galleries in Damascus. She is a regular speaker on the history of Arab art and the Middle Eastern Art Market.


It is not often that a private collection dedicates itself entirely to providing a full overview of almost a century of art from one region. However, during many long years living in the United Kingdom, Syrian-British couple Rona and Walid Jalanbo viewed art collecting as a natural link back to their heritage and culture.

When the Jalanbos began acquiring art some 30 years ago, they did so with a view that Middle Eastern art - particularly that from Syria - was beautiful, rich in diversity, and lacking basic support from the international art world. From early on, Rona and Walid were devoted patrons of contemporary art from the region, encouraging many young artists early in their careers with a buying power that enabled them to continue to plan exhibitions and create. All works were bought with an insightful curatorial eye – they meshed important modern art pieces with pieces from the developing contemporary art scene.

The more I got to know and work with the Jalanbos, the more I saw that they were choosing works with a larger vision of eventually setting up a public art foundation. The idea was that this space would one day develop into a creative hub for all young enthusiasts to come, share ideas, and take inspiration from the works on display. The plans and location for the creative space were in order but were sadly halted when the Syrian conflict began in 2011. Until that point, the collection had only been on view privately in the homes of Rona and Walid. It was then that their son, Khaled, took the initiative to archive and document the collection and replace the plans for the physical domain with this website.

The importance of a collection of this scale going public cannot be overstated. Not only is it unearthing modern Middle Eastern masterpieces by artists such as Chaura, Moudarres, Kayyali and Yagan that have never been publically viewed before, but it is also shedding light on contemporary and emerging artists from our region and increasing their reach. This is a tremendously exciting project for everyone in the Middle Eastern art world, particularly given the educational and forward-thinking direction it is taking.