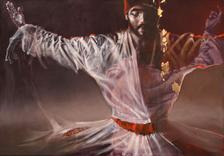 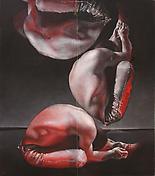 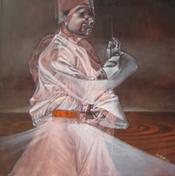 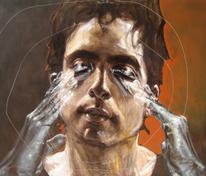 Born in Damascus, Syria in 1975, figurative oil painter Sara Shamma belongs to a family of intellectuals which always encouraged her in her path as an artist. Shamma graduated from the Painting Department of the Faculty of Fine Arts, University of Damascus in 1998. Since then, she has been constantly involved in the art scene. Her paintings are characterized by great sensitivity, masterful style and original technique.

Shamma has participated in numerous collective exhibitions in many countries around the world, she was in some of them the Official Representative of her country.  Throughout here career, Shamma received many local and international art awards such as First Prize in Latakia Biennial, Syria 2001, Fourth Prize at the BP Portrait Award at the National Portrait Gallery, London, UK 2004, First prize in Painting in Waterhouse Natural History Art Prize, at the South Australian Museum, Adelaide, Australia 2008 and others in Syria, Spain, Germany and USA. Passionate about human feelings Sara Shamma was inspired by humanitarian efforts carried out by the United Nations World Food Program (WFP) in fighting hunger and decided to contribute to WFP’s work through her art and to use her position and reputation in the cultural scene to bring attention to its humanitarian projects. WFP has chosen Shamma in 2010 as a Celebrity Partner of the Program.

Sara Shamma’s first solo exhibition in London at the Royal College of Art aptly displayed the nurture and evolution of her early-discovered, phenomenal talent. Entitled ‘Q’, the 16.5 metre figurative work consists of 10 large, individual paintings in oil and acrylic that are connected in a frieze to form a juxtaposition offigures and animals painted on a solid background of colour