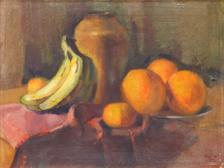 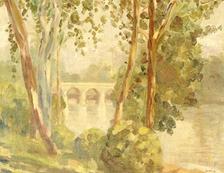 Born in Damascus, Syria in 1920, Nasir Chaura rebelled at an early age against his parents wishes to see him become a doctor and pursued art studies instead. In 1939 he left for Italy only to be called back to his native Syria because of the outbreak of the second world war. He subsequently studied at the School of fine Arts in Cairo 1943-1947 Chaura finally traveled to France and Italy between 1950-1951, where he gained first hand knowledge of the European art movements. Upon his return to Syria, Chaura taught at the college of Fine Arts in Damascus and is now considered the leader of Syrian impressionism .